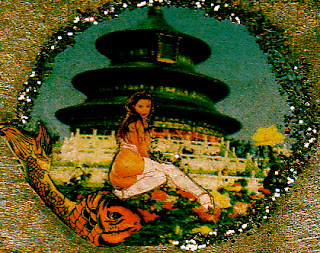 The one that had been shot, his body had been thrown from the plane. The news never gave details, like where and how the body had landed. I wondered if such a fall to earth would leave the body intact, or if it resulted in gruesome dismemberment, with legs and arms spontaneously turning up in Greek maritime towns.

I kept coming back to that one hostage in the Beirut hijacking. He had died, but the rest, they went on living.
Posted by Beautiful Garbage at 9:36 AM